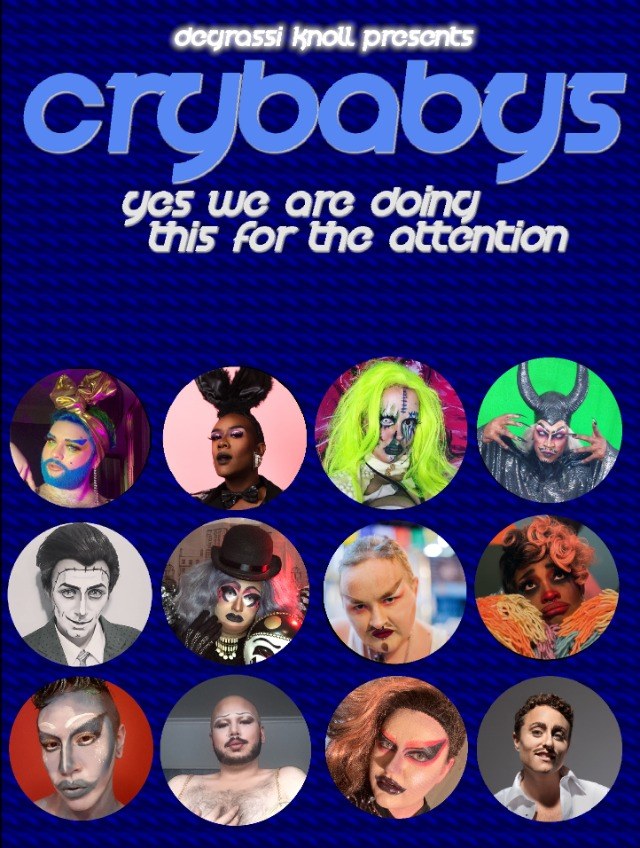 We're here, we're queer, we've got a LOT of feelings!

Crybaby(s) is back and we're more dramatic than ever! Our first show was such a wild ride, and the amount of submissions received were SO overwhelming, Crybaby(s) is now a TWICE a month show...

Crybaby(s) is a show all about the drama, the theatrics, the melancholy and the bizarre, the triumphant and the miserable, all of it rolled up in a giant tapestry of DRAG.

So tune in on August 20th, for the amazing talents of this stellar cast:

And me, your host, Degrassi Knoll!

Suggested Cover is $7, but pay what you can and just support local AND national art. :)