Legendary Queens of Boston: A Conversation with Zola! 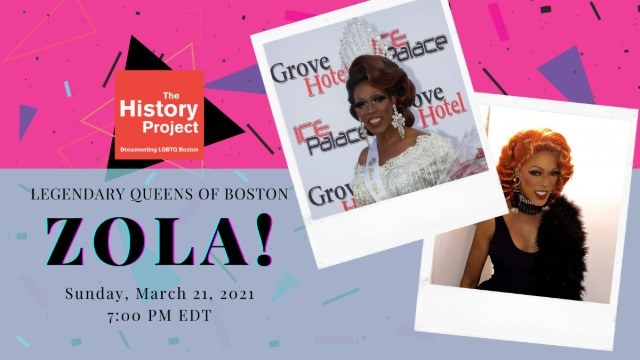 Do you know your drag herstory? Join Zola! in conversation with The History Project, Boston's LGBTQ community archives.

Zola is originally from Massachusetts and was a Show Director for Boston's only 7 night a week Show Bar, Jacque's Cabaret on Broadway. Zola also worked at every bar that was ever around in the late '80s and '90s and won the titles of Miss Gay Boston, Miss Gay New England, Miss Gay East Coast, among others!