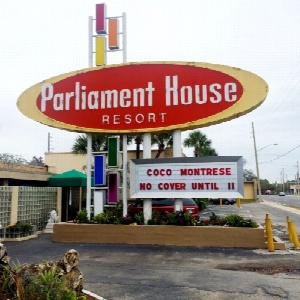 Parliament House is a gay resort on the Orange Blossom Trail in Florida, United States, that includes several bars and hosts performances such as drag shows. There are 112 rooms in the complex, which encompasses ten thousand square feet, including an outdoor stage, a swimming pool, and a dance floor. The resort was established in 1975, and eventually became the most well-known gay resort in Orlando. In 2006, the resort expanded to include a timeshare.

After 45 years, the resort closed on November 1st 2020. The Parliament House social media post says the club will reopen at another location in Orlando.