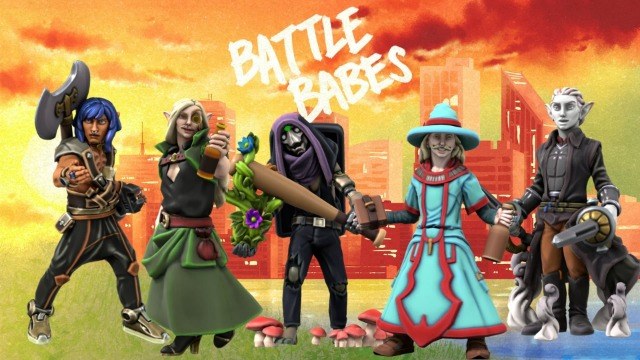 Battle Babes is a Dungeon and Dragon campaign taking place in the magical city of San Cyprian. Streamed with auto-captions every other Thursday at 8pm on twitch.tv/thehouseroyale
San Cyprian is a magical city-state, a sprawling urban jungle on the hilly West Coast ruled by 22 archetypal gods and their great houses of demigod offspring, servants both mundane and magical. Courts of fantastical creatures living amongst condos and concrete highrises. Humans may outnumber otherworldly races like gods, elves, orcs and gnomes ten thousand to one, but few have access to the powers of the gods and races who have crossed over into this world.
Follow our team of adventurers as they unravel the secrets of the once great Houses of the Gods, try to survive… or claim power of their own.
Original story by Dungeon Master MJ Lyons.
Played by Alexander Brandy, Babia Majora, Dank Sinatra, Robbie M, and Rye.
Illustrations by En Tze.
Animations by Lady Kunterpunt.